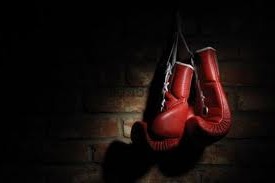 I went to see a movie with my best friend yesterday, and the movie in itself was an experience to say the least, but I took something else away from our sister time. After the movie, we started talking about our lives, and I was just updating her on what was going on with me presently, and we started talking about defending ourselves when it comes to people lying on you. She said, “girl, you’re good, because I would have said to them, let me tell you about…” and I explained to her, at this point in my life, I could really careless what people say about me, because I know the truth, and most importantly God knows the truth. I could tell what I said shocked her somewhat because she knows how I’ve handled similar situations in the past.

So let me give you a little history …

Nine months ago, after almost a year of intense thought and consistent prayer, I made a life changing decision to improve my life, which in turn would also improve the lives of my children, and I decided to leave my marriage. The circumstances around me leaving weren’t mutual. It was later revealed to me that, “sometimes people say things out of anger that they really don’t mean.” My thoughts about that are, whether you’re in a calm state of mind, or an irrational state, everything you say, is how you really feel and therefore you truly mean it. Why else would the bible say, “out of the abundance of the heart, the mouth speaks?” (Luke 6:45) Whatever thoughts you have towards a person, will come out, one way or another. In most cases, it’s after the person who voiced their heart-felt sentiments, receives an unfavorable response, that they regret that the person knows how they really feel, and then they want to take their words back, but at that point, it’s too late!

The bible says the tongue is like a two-edged sword; it can speak life or death to a situation (Proverbs 12:18). Marriage is a spiritual union between a man and a woman, and when either party invites negative vibrations in the form of words, people, or idle things, to the union, it begins to dissolve first in the spiritual and then in the natural. Everything is spiritual, because it’s tied to a person and every person has a spirit. Everything that happens is a result of spoken word. It manifests first in the spirit, and then in the natural. That’s why the words we speak have such an impact on lives; whether the words bring truth or untruth, they have an impact. Truth brings positive vibrations: good health, life, joy, and peace; untruth brings negative vibrations: sickness, death, sadness, and chaos. That’s why I love affirmations so much! They are positive thoughts that when spoken in the form of words, give directions to the universe as to what you desire to be brought or attracted to your life. On the other hand, when an untruth or a lie is released into the universe, it doesn’t hold the same weight as truth. Lies can only counterfeit the effect of an affirmation or truth, and only temporarily, but the truth always prevails.

People result to lying for a number of reasons, and others are just born liars; they wouldn’t know the light of the truth if it was standing right in front of them, because they are so lost in the dark.  When a person is connected to a liar, they open themselves up to the negative vibrations that person breathes, and it only births negativity until the association is broken. I experienced the back lash of a liar whose pride was hurt…and at first, I was hurt that they were hurting me, and my human nature wanted to retaliate with the truth! I knew I had enough ammunition to win that war!! Before I could fire my first verbal round, I did something I rarely do when it comes to someone talking to me crazy, and instead of firing away with my emotional tongue, this time I took a moment to take some much-needed deep breaths, and then I began to think about why I wanted to prove what was being said about me were all lies. I even prayed…I wanted my intentions to be pure and my heart to be right. I wanted to be seen for the real person I was, and not the lies that were being told about me, that I knew were being believed because people began turning on me and treating me like an outcast, and thru all of that chaos, all I could hear was Yolanda Adams singing “…For This battle…IT’S NOT YOURS, IT’S THE LORD’s!”

It was at that moment that I realized, what I was experiencing was spiritual warfare. I was involved in a spiritual union, my marriage, and it was dissolving, and war began to break loose! Instead of fighting a spiritual war in the natural, with my words, I fought it by going to God in prayer! The first thing I did was forgive them, and then I asked God to search my heart and remove every thought that was contrary to His thoughts, and I prayed that God bless them. Then, I started shutting down every negative vibration that came my way. I even went as far as deleting some “friends” off of my Facebook list and de-activating my account for a period of time. I had to get my mind right, and I wanted my heart to be pure.

Thru prayer and forgiveness, I was elevated to a higher God-conscious mindset. I was no longer concerned about what was being said about me…hell, they didn’t even know what was really going on in my life. What I did know though, if they were in my shoes, living my life, their actions would not have been any different from my own. My elevated mindset allowed me to see: yea, I could comment on every negative thing that was being said about me with the truth, but for what…why was that necessary?? The same day, one of my faithful friends sent me a scripture, Proverbs 26:4, “Do not answer a fool according to his folly (lack of good sense, evil, wickedness), or you will be like him yourself.” There was my answer, in black in white, right in the good book-the bible! I didn’t feel the need to defend myself against the lies. My elevated mindset allowed me to realize, that just because I didn’t respond to their foolishness, it didn’t make me weak, it didn’t say I was scared, intimidated, or all of the above for that matter, because I was none of them. It simply said I refused to be their fool, or anyone else’s for that matter! At that point, I was at a deeper level of peace in my life.

Yes, I still hear the lies, but my new mindset has allowed me not to be affected by them in a negative way. I have a deeper level of peace now, and I am healed from all of that hurt. The evidence I have of my elevated mindset and healing is, the fact that I can now laugh to myself when I hear the lies and comments…I just shake my head and say, “Lord forgive them for they know not what they’re doing, and bless them.”

I pray forgiveness; an elevated mindset, love, and peace abide in you! Amen.

“The truthful lip shall be established forever, But a lying tongue is but for a moment.Deceit is in the heart of those who devise evil, But counselors of peace have joy.No grave trouble will overtake the righteous, But the wicked shall be filled with evil.Lying lips are an abomination to the Lord, But those who deal truthfully are His delight.” (Proverbs 12:19-22 )

← The Affects of (Un)Forgiveness
Only the Strong Survive →

One thought on “Yea…I Fight!”